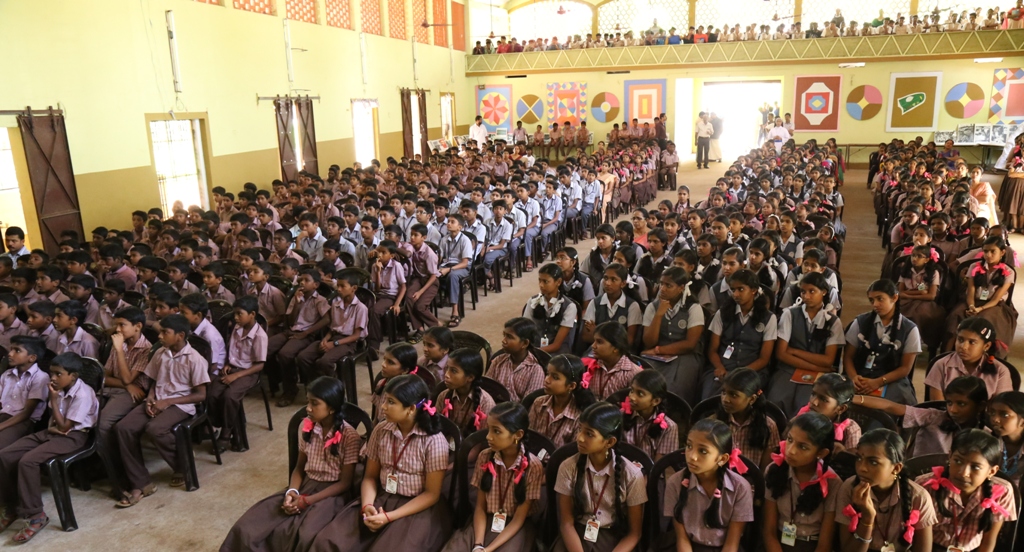 SEEDS India in association with YMCA Kerala Region and Mayors for Peace organized a Peace Seminar and an exhibition at St. Sebastian’s Higher Secondary School, Ayarkunnam, Kottayam, Kerala to mark the 70th anniversary of the atomic bombing of Hiroshima on August 6, 2015. The Hiroshima Memorial meeting held as part of the observations was inaugurated by Justice K. T. Thomas, former judge of the Supreme Court of India. In his speech, Justice Thomas highlighted the importance of anti-nuclear and anti-war campaigns to make the people aware of the aftermaths of war. YMCA leaders and various peace activists attended the program. Students and teachers also took a peace pledge to work for a nuclear-free world. YMCA Kerala Region in association with SEEDS India and IARPF also organized a photo exhibition displaying the aftermath of Hiroshima-Nagasaki disaster at the same venue. Over 1000 students and 25 teachers attended the program.