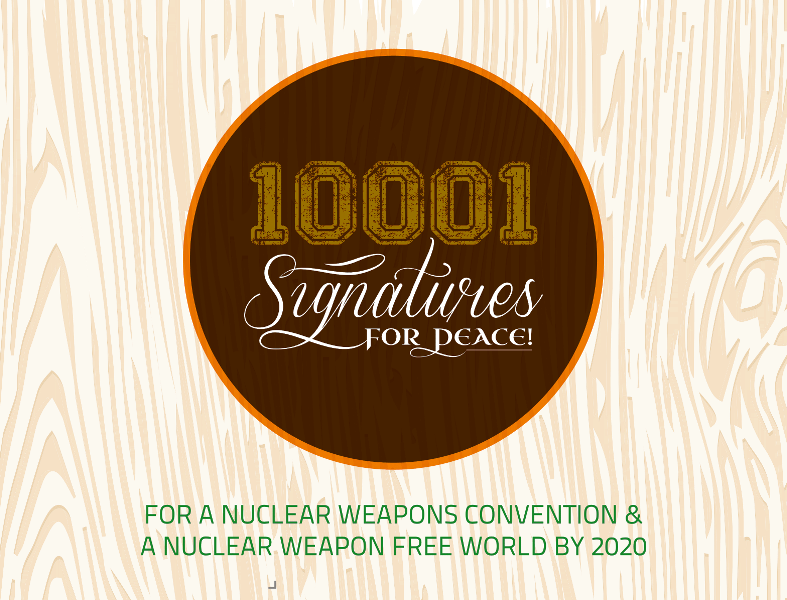 Vision 2020 Campaign continues it Signature Campaign in Kerala, Tamilnadu and Karnataka States on August 6-9 ,2015. The target is 10000 signatures for a nuclear free world through this campaign. Already more than 10000 signatures has been collected since the campaign started in Kochi by the Honorable Mayor Tony Chammini in the presence of Mr. Yasuyoshi Komizo, Chairperson, Hiroshima Peace Culture Foundation on September 26.